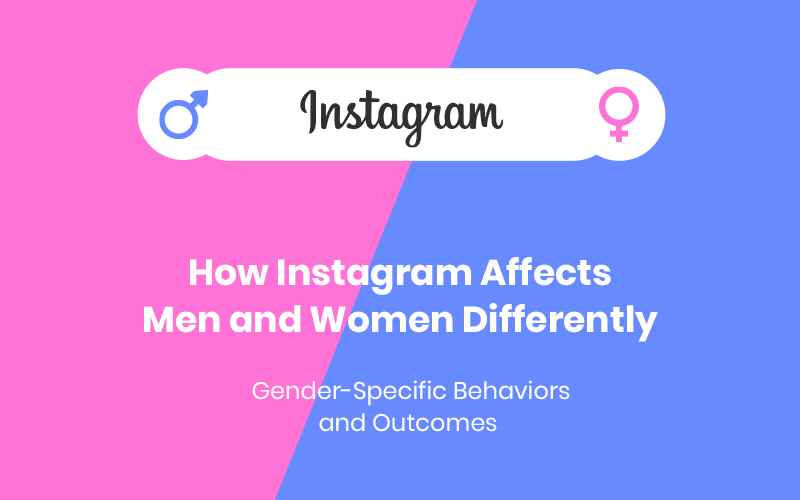 Men and women use Instagram quite differently than each other. Men are mostly on Instagram for business reasons while women like to share more personal information about themselves, presenting their personal lives online. Women express and share stuff more readily than most men which shows why women dominate many social media sites. All this is according to the data presented by FinancesOnline.com.   Here we will dive deeper and look at the more gender-specific behaviors on Instagram and the motivations each gender has behind their actions.

Look at the statistics provided to us by Statistica, which shows us the distribution of Instagram users worldwide as of July 2020; we can see that slightly more women are using Instagram than men. According to the survey, 51% of the Instagram user base was female, while 49% were male.   Instagram Male and Female Users in the UK (statista.com)

When male influencers are just starting, they will notice that it's harder for them to get likes and engagement compared to their female partners. The main reason is that women just interact with other women more, liking and commenting on each other's photos a lot more than men. You will also notice when you visit your 'Discover' tab, how most of the influencers you see are women.

According to the CEO of influencer marketing agency Mediakix, Evan Asano, there are simply more females who are working as lifestyle influencers. Additionally, female influencers are not only dominating the lifestyle space by being the majority there, but they are also bringing a lot more cash than male influencers.

Digital Brand Architects' chief creative officer, Karen Robinovitz, says that if we analyze two people who have somewhat similar numbers of followers, we will see that females will find it easier to bring 50% more cash home than a male influencers.

The answer to this question can be found by analyzing how Instagram first started. When the app came out in 2010, YouTube was already one of the top-used apps and was out for more than five years. The two most money-making and popular industries on YouTube back then were fashion and beauty. Michelle Phan and Bethany Mota were the names that at that time, every household which was into fashion knew.

Now when Instagram came out, many of the women dominating the categories of fashion and beauty made their way to Instagram. And it was easier too as some had their fanbase migrate to the new app as well.

There is a larger demand for female influencers

Another problem that we can see with male influencers is that when it comes to women presenting themselves on social media, it's generally viewed quite positively. At the same time, with men, the case is different. When it comes to male influencers, they are seen as doing something out of the ordinary and abnormal that doesn't fit well with them. When men are seen on Instagram, they are seen as if they might be there for the wrong reasons. This, however, does not mean that women don't have their own set of challenges to face.

Women have a harder time starting on Instagram than men

Women who are looking to start on Instagram today will have a hard time reaching a large audience because of so much competition in the space. Asano says that you would have a one-in-a-million shot of being successful now. However, men who are decent looking and have a good sense of style will have a much easier time becoming lifestyle influencers or men's fashion influencers.

Since the competition is less fierce when it comes to men, it means that they have it easy to start from scratch and gain a respectable amount of followers. They may also be able to ask for better salaries when working with companies or brands searching specifically for men influencers for their campaigns.

Stephanie Abrams Cartin, co-founder, and CEO of social media agency Socialfly says that men have more leverage when negotiating pay rates since the options are so limited.

Since more women are looking out for fashion and lifestyle inspiration, it means that there will be more women liking, commenting, and providing overall engagement. And more engagement translates to more money.

According to Asano, influencers working in the fashion and beauty space have one of the highest pay and also receive the most brand interest overall.

Brands and businesses look towards Instagram's influencers as conversion-starters who are great at their job and have a significant impact on their audiences.

But now as the demographics, we saw earlier, male influencers are entering the space and receiving much success. This highlights the imbalances we have within the industry.

Facebook conducted an investigation that revealed that female users are more likely to share their issues, which revolve around family matters and relationships. In contrast, men are most focused on abstract topics(things like politics). The researchers then analyzed the status updates given by both genders and then evaluated them on audience reactions.

The research not only shows how men and women were close to certain topics, but it also showed that topics that were close to females had more chances of receiving likes from users while male topics were commented on more.

Women also have interests in abstract topics, enough to make them share them, but the main problem that women face when sharing their opinions is negative feedback. Women tend to receive more offensive comments when they try to present their opinions. This was proved by a Twitter experiment which was conducted by Martin Belam, a British journalist.

What Marten did was create a spoof account in which guests tweeted as both female and male celebrities. When he presented his opinions as a woman, there was a clear increase in abusive comments while some even misogynist ones.

The research that was conducted by the Guardian also found similar results. When they analyzed 70 million readers' comments on their site, they found out that the journalists that were abused the most were women.

Men and women like to talk about different things when it comes to social media, and that's why their choice of platforms varies too. Male users tend to move towards platforms that are text-oriented, while female users will gravitate to more visual platforms. This is proved when we see how Pinterest, Facebook, and Instagram have a user base that is mostly women and discussion forums like Digg or Reddit have a dominant male user base.

The answer to why women tend to lean towards platforms that share Tallinn University sociologist Katrin Tiidenberg gives more visual content. She believes that since traditionally mothers have been the ones claiming responsibility for taking family photos, the female practice has continued with apps like Instagram and Pinterest, which are more picture focused. This explains why women tend to take more selfies than men.

A Selfieexploratory project analyzed 3800 Instagram selfies from 5 cities across the world, and the results showed that the number of female selfies was always higher. A study from Ohio State University came as far as to suggest that men who tend to take more selfies have psychopathic or narcissistic personalities.

Trimmed up for some likes

Generally, people who post frequently, especially pictures on Instagram have the main goal of impressing others with their looks.   However, both men and women have different self-representation on social media platforms. According to a recent survey, men prefer full-body photos when posting pictures on social media, including other people too. At the same time, women are more likely to post portrait photos having direct eye contact with the camera. Not only that, but males also have a preference for an outdoor shoot drowning in a more thrilling and adventurous light.

You can observe more of these differences among teen users. As per different studies, teenagers are more likely to rely on the support of the stereotypes of their genders for building their social media presence. You will see young girls posting mostly their extra seductive photos while the boys can be seen posting a great deal about sex, thrill, alcohol, or adventure.

Girls prefer sharing cute pictures too like that of puppies whereas boys love posting about cars and gadgets. Male users have been found more promotional to themselves on social media and prefer showing their work like painting, sketching, singing, etc. to the world. According to the study held by Northwestern University, around two-thirds of men post about their work compared to half of the women.

Looking at the data from Instagram, we can see how men and women communicate differently from one another.   We can see men using more formal speech and authoritative language than women. Men are also seen to respond to interactions more negatively, whereas women have been seen to use more positive and warmer words.   Words filled with emotions are also the specialty of women.

A recent study analyzed 15.4 million status updates, and it was seen that words that describe positive emotions such as 'happy', 'love' 'excited', social relationships such as family and friends, and intensive adverbs such as 'soooo' and 'ridiculously' were all mostly used by women. When compared to males, they had more fact-oriented topics and used words that were close to politics(tax, government), competition, and sports (season, win, football).

It's possible to identify the gender solely based on their content

The differences are so apparent that it's possible to guess the gender by just seeing the content that was posted. Women are found to use more emoticons and have an increased emphasis on punctuation, It's even possible to identify the gender of social media users solely based on their writing style. Women tend to use more puzzled punctuation (?!), and repeated exclamations (!!!).

The expressions "OMG" and "lol" are mostly used by females, while the word "yeah" is closely related by males.   Another finding analyzed the content of 14.000 Twitter users. It showed that female authors used words that showed more personal feelings such as (e. g. "you", and "me"), and non-standard spelling of words such as "no way" were way more common in female authors than male authors. Additionally, hesitant words such as ("hmm", and "umm") were also more common with women. Interestingly, male users used more taboo and offensive words.

One of the interesting aspects of male language is that they are more possessive. You'll see most men, including the captions having the keyword "my" or "mine", when posting a picture on Instagram referring to their girlfriend or wife. This ratio is higher for men as well, as women are less likely to show possessiveness when talking about their boyfriends or husbands.

As men and women both are different genders, their way of communicating is bound to be different too. This plays a major role in reflecting their real as well as their social media presence. They are bound to post differently on Instagram having a difference in sharing preferences, even the desire to use different languages. Hoping you'll get some striking information from this article! 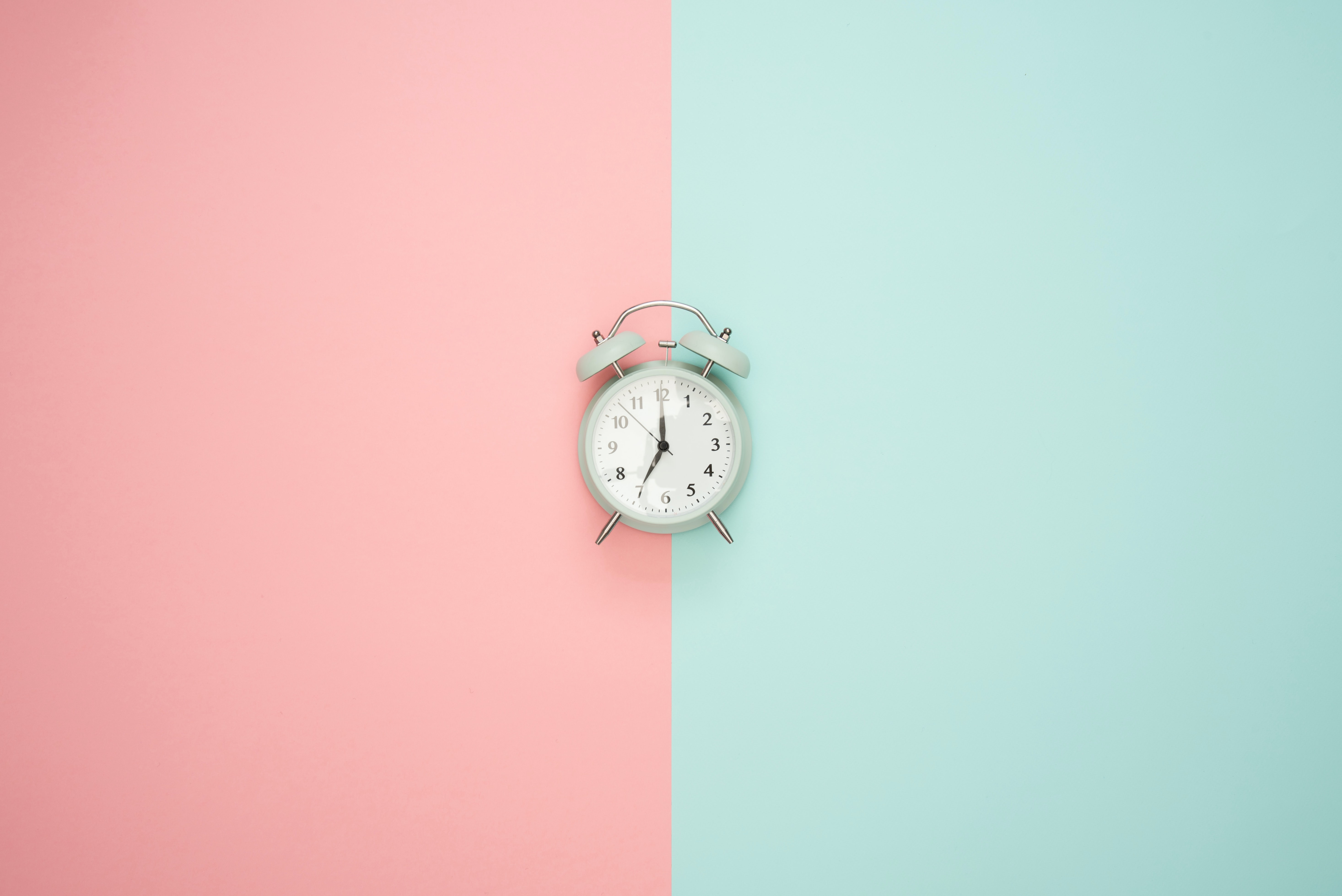